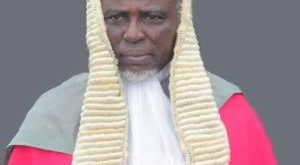 The Niger State APC led government under Alhaji Sani Bello has promised to put an end to the security challenges facing the state.

“We have sustained our monthly logistics support to all Security Agencies in strategic locations across the state. At the LGA level, we have given instructions for regular interactive sessions with all stakeholders, enforce proper documentation of Hotels, Lodges and Motor Parks and regulate the operations of Motorcycle/Car Dealers across the state”.

The governor made this known yesterday, during the Critical Stakeholders meeting on the state of Affairs in Niger State at the JLK International Conference Center, Minna adding that there is the urgent need to secure the state.

It should be noted that the striking of peace deals with common criminals especially bandits is becoming a fad among Nigeria’s state governors.

He reiterated, that while it is true that issues of kidnapping, armed robbery/banditry, incessant flooding and deteriorating critical infrastructure has become a thing of concern to all, government consider it necessary to reassess its commitments and reconsider its strategies through stakeholders round table discussion.

The Governor lanented that, Niger State shares boundary with some North-Western States that are neck-deep in insecurity challenges, this has made policing very cumbersome due to the influx of some criminal elements taking advantage of the large expanse of forests in our state covering over 10% of the country’s total land mass. I must commend our security agencies for living up to their responsibilities of protecting our people.

“Distinguished ladies and gentlemen, crime and criminality in the 21st century has taken sophisticated dimensions. Therefore as stakeholders, we need to think ahead and deploy appropriate strategies towards curbing it. Against this backdrop, in 2018 we established a One-Stop Security Response Call Centre with the state of art equipment to coordinate and respond to all distress calls from all parts of the state. The 24-7 One-Stop Security Response Call Centre has personnel from all the security agencies in the state coordinating and managing all the distress calls. We have legislated on the formation of Vigilante groups with a view to harmonizing private security services in the state”.

We have also reinvigorated our support to the Standing Joint Operation with logistics and welfare to enable them clear the crisis prone areas of Rafi, Munya, and Shiroro Local Government Areas. This is in addition to our support to all Federal Military Operations in the state, particularly, the Operation Karamin Goro, Operation 777, Operation WHIRL Punch in Niger State, Operations MESSA, Ayem Akpatuma, Sharan Daji, Girgizan Daji among others. We have supported Joint Operations by troops for clearance operations in Munya, Gawu Babangida, Kushaka forests, Chikwale, Isua, Rafin Sanyi, Zazzaga, Kofar Gidan Mangoro, Kangon Rogi, Dogon Gona and Akanbu among others within the state with heavy financial burden.

During the recent security breach in Ringa District of Rafi LGA, we promptly dispatched security personnel to Kukoki, Hanawanka and Maganda Communities to restore order. We have put in place Operation ‘Chika Aiki’ for the total clearance of these areas aimed at frustrating the activities of the bandits so that the displaced people can return to their homes. 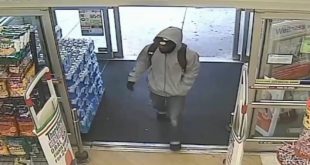