Breaking News
Home / Business / NLC, Labour party rejects Mimiko plan return-Says the party is not a transit bus -Says its has no candidate for Ekiti election

NLC, Labour party rejects Mimiko plan return-Says the party is not a transit bus -Says its has no candidate for Ekiti election

PR-admin June 14, 2018 Business, Politics Comments Off on NLC, Labour party rejects Mimiko plan return-Says the party is not a transit bus -Says its has no candidate for Ekiti election 370 Views

The Nigeria Labour Congress (NLC) and the Labour party yesterday rejected plans by the immediate past Governor of Ondo state, Dr. Olusegun Mimiko to return the Labour party.

Speaking with journalists yesterda, chairman of labour party, Dr Mike Omotosho also said the party has no candidate for the forthcoming Governorship election in Ekiti state.

He said the movement got a hint of the former Governor of Ondo state to return to the party and distabilise the gain made by the Nigerian workers to reposition the party in Nigeria.
According to Dr Omotosho, the Labour movement who are the owners of labour party has since reclaimed the party, and so people like Mimiko can go elsewhere for his political fantasies.

“It has come to our knowledge the moves by the immediate past Governor of Ondo State, Dr. olusegun Mimiko to return to the Labour Party. Nigerian workers Wish to put a disclaimer to this ill-fated adventure.

“The Nigeria Labour Congress is fully aware of plans by Dr. Olusegun Mimiko to destabilize the current gains being made by workers to reclaim and reposition the Labour Party. It is very obvious that the sole purpose of Dr. Mimiko’s re-approach to the Labour Party is to use the party to launder his sagging political image.

Nigerians would recall that Dr. Mimiko abandoned the Labour Party for the People’s Democratic Party a few days to Labour Party’s October 2015 National Convention. Such a treachery and betrayal of a party that gave the former Governor succor in the darkest hour of his political career especially as manifest in his two term victory on the ticket of Labour Party is to say the least, cheap and callous.

” it also revealed paucity of knowledge of the philosophy of the Labour Party as a peoples’ rooted party and dearth of class consciousness on his part.

There is no doubt that political journey persons like the former Governor of Ondo had in the past taken advantage of the leadership challenges in the Labour Party to satisfy their fantasies for political opportunism.

” The labour movement, in alliance with its civil society partners and other patriotic Nigerians, is poised to fully reclaim the Labour Party and restore it as a model political institution that does not only epitomize the Values of the working class family but also capable of contesting for power with members of a failed political class, with whom the former Governor dines and wines”.

Speaking further, the chairman said “While the leadership of Congress continues to work to rebuild the Labour Party especially through the instrumentality of our Political Commission, we urge all workers and indeed genuine lovers of popular democracy to ignore the political theatrics of people like the former Governor of Ondo State.

“He has shown Nigerian workers that he cannot be trusted. The Labour Party is no longer a transit bus to strange political destinations particularly under the subterfuge of people like him.

“In the same vein, the Nigeria Labour Congress wishes to categorically disown and-condemn recent posturing and proclamations by some ‘ politicians in Ekiti State that they are the candidates of the Labour Party in the forthcoming governorship elections in Ekiti State.

“The Labour Party has no candidate in the July 14, 2018 governorship election in Ekiti State. lNEC, workers and the Ekiti electorate should not allow themselves to be hoodwinked by the antics of political impostors.

Furthermore, all political aspirants in the Labour Party are requested to deal only with the Screening Committee of the party. On no account should anyone engage in any form of financial transaction on issues related with the Labour Party with A. A. Salam and Julius Abure”. 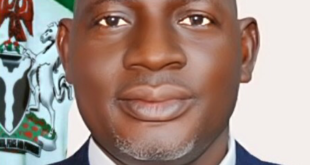 CATA President To Tax Administrators – Adhere To Your Laws, Regulations

CATA President To Tax Administrators – Adhere To Your Laws, Regulations The Commonwealth Association of …