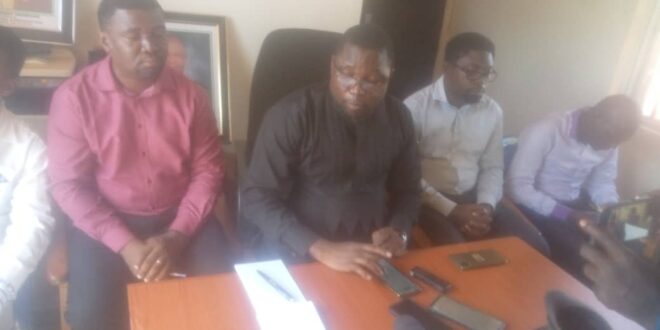 The Nasarawa State chapter of Nigeria Medical Association (NMA) has called on the state government to improve the welfare package and working condition of Medical Doctors to guard against the continued relocation to outside countries for better offer.

Dr Peter Attah, NMA Chairman in the state made the call on Tuesday in Lafia, Nasarawa State Capital at a press conference to mark the 2022 Physicians week.

According to the NMA Chairman the association is currently taken inventory of the total number of doctors that had left the state to overseas in the last two year with a view of advising the government appropriately.

He explained that the Dalhatu Araf Specialist Hospital (DASH) Lafia and Hospital Management Board had replaced over 60 doctors that had resigned and left for overseas.

“But as a speak to you now, more than 40 of the replaced doctors have resigned and left for better offer.

“In July 2022, DASH alone replaced about 30 doctors, but when they resume in about a month later, more than 10 doctors resigned and left.

“In the last quarter of 2020, state government through the Hospital Management Board employed more than 30 doctors, but as I am talking to you now more than 25 of the newly employed doctors have resigned and left.

“The same scenario of doctors leaving is still the case at the Federal Medical Center Keffi, the only Federal Health facility in the state,” the NMA Chairman added.

He explained that the shortage of doctors is putting so much pressure on the few once that have decided to stay, to the extend that doctors now preferred to work in rural areas than facilities in town.

He said the standard of World Health Organization is that one doctor is expected to attend to about 600 people, but the ratio in Nasarawa State is one doctor to more than 20, 000 people.

He said that at the moment, there are about 5,50 doctors working at Federal Medical Center Keffi and with the state government to serve more than 1million people.

Dr Attah however commended the state government for regular replacement, but advised that it is better to improve welfare of doctors to curtail brain drain than to replace and they still leave after sometimes.

The NMA Chairman suggested upward review of hazard allowance, call-duty allowance, reduce tax and not tax the allowances as well as give doctors vehicles and housing loans as part of measures to curtail brain drain in the state.

The Chairman also used the medium to sympathize with communities affected by flood and pray God to help them out of their present predicament.

Dr Attah therefore, called on the government and other spirited individuals to partner the association in order to offer free medical services to the affected communities