Breaking News
Home / News / No Deal With Donald Trump, Only Had A Dinner Together-Facebook CEO Zuckerberg 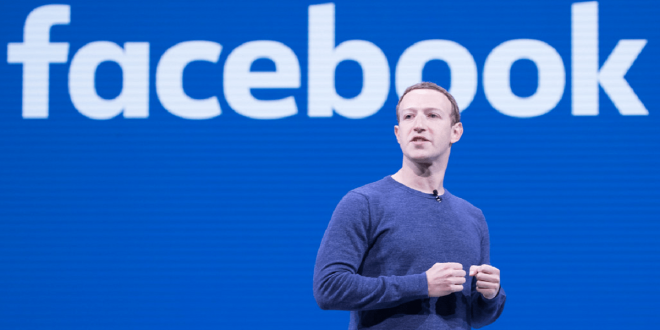 No Deal With Donald Trump, Only Had A Dinner Together-Facebook CEO Zuckerberg

MJA July 22, 2020 News Comments Off on No Deal With Donald Trump, Only Had A Dinner Together-Facebook CEO Zuckerberg 153 Views

The CEO of Facebook Mark Zuckerberg has denied any relationship or deal with President Donald Trump, following Zukerberg refusal to flag or remove Trump post considered to be against its policies on violence.
New York Times has reported that CEO Facebook and Donald Trump have some understanding that allows Trump free rein on Facebook in return for looser regulation.
READ

However, Zuckerberg in an interview slammed speculation that the social media giant has some sort of a deal with President Trump. According to him, the whole idea of a deal is pretty ridiculous.

After George Floyd was killed back in May of this year, a massive protest gained momentum, Trump posted on Facebook that ‘when the looting starts, the shooting starts.’ Twitter stated that this is against its policies on violence, however, Facebook CEO denied to remove or flag Trump’s posts, citing Facebook’s commitment to free speech on its platform.
REhttps://peoplereporters.com/covid-19-facebook-supports-african-smbs-through-economic-impact-programmes/AD

However, the issue has spiraled in the weeks since, and major brands such as Coca-Cola and Microsoft pulled their ads from the platform. Furthermore, Facebook’s move has also angered civil rights groups as well as employees. Several employees and civil rights groups spoke out publicly against the company’s decision,.

CEO Facebook while addressing the employees noted that only because he had dinner with President Donald Trump last October did not indicate that they have some sort of deal.
READ

Mark Zuckerberg also stated that he meets with Donald Trump from time to time just as was with former United States President Barack Obama. Last year, NBC News reported that Donald Trump hosted Mark Zuckerberg for a secret dinner, and the dinner came just a week after Mark Zuckerberg made a speech confirming that Facebook would not fact-check political ads.

He also pointed to times in the past when the company removed posts by Donald Trump from Facebook’s platform.
Zuckerberg highlighted the ways in which Facebook has been scrutinized under the current administration including antitrust investigations as well as $5 billion fine imposed on the company.
Mark Elliot Zuckerberg is an American media magnate, internet entrepreneur, and philanthropist. He is known for co-founding Facebook, Inc. and serves as its chairman, chief executive officer, and controlling shareholder
Source: DIW
READ

Jonathan Knew My Dealings With Buhari, Tinubu, Onu Before 2015 Elections-Dasuki