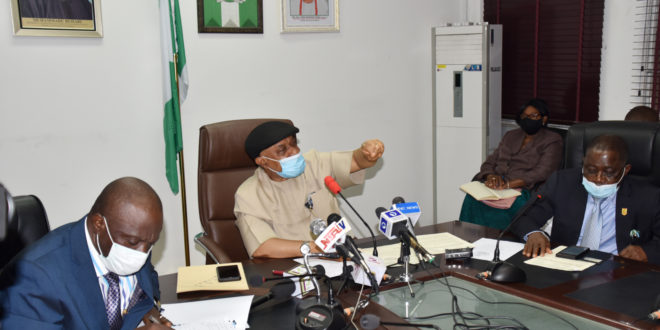 The Nigeria Social Insurance Trustfund (NSITF) has redeployed about 300 of her staffers after a careful consideration of their core competences, skills and qualifications.

The fund In a statement signed by
General Manager and Head of Corporate Affairs, Mrs Ijeoma-Oji Okoronkwo said the decision followed a strategic reform in response to the allegations of misappropriation and embezzlement of funds levelled against the past Management of the fund.

The second phase of the strategic repositioning of the Fund as approved by the Presidential Report, according to her was to implement a strategic reform and change management plan that will see the Fund stabilized and secure the much needed public confidence.

The head of corporate affairs further said an essential part of the process of the implementation is the redistribution of staff to departments that match their qualifications, experiences and competencies.

“The exercise which had been duly communicated to staff saw the redistribution of 300 out of the over 5000 staff strength of the Fund. These staff were redeployed across various departments, Branches and Regions across the Federation after a careful consideration of their core competences, skills and qualifications.

“All affected officers are encouraged to make good use of the opportunity as the redeployments are targeted at improving productivity, retooling relearning, capacity building and ensuring that all hands are on deck towards achieving the Mandate of the Fund.

However, Management has commenced the compilation and processing of relocation allowances for all redeployed staff to ensure a seamless relocation”.