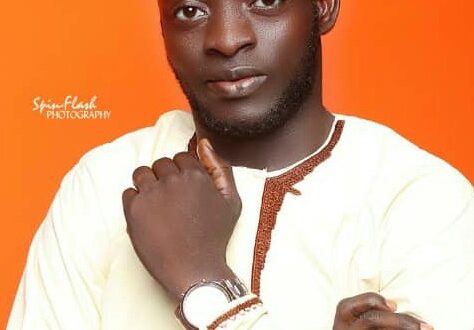 The newly elected president of the Student Union Government, Nasarawa State University Keffi, Victor Affiku Tsaku has said that he would not use confrontational approach in his quest to addressing the academic and social challenges of the student within and out side the campus.

The SUG president who stated this in an interview after his inauguration at the main campus of the university in keffi said that his leadership would not pay undue respect and loyalty to anyone, irrespective of his position that would be detrimental to the students of the institution.

“My responsibility and duty is to respect everybody, to according honour to those in leadership position and to service the student in synergy with the management of the institution.

“But that respect will never be at the detriment of our srudents, we will respect you but whatever that is suppose to be done that will favour our students, you must do it.

“And if you don’t do it, we wouldn’t allow you to sleep. We are going to renew student voice and I want to reiterate on my promise that we will never use any confrontational approach in achieving this,

“But rather we will use appalling and diplomatic method to ensure that the demands and needs of the students are address accordingly.”

He stressed that, as the voice and representative of the students, “I will not be afriad of anybody, I wouldn’t be intimidated by any body, I wouldn’t hide any truth, I will be sincere in my leadership to all.

Tsaku who lamented a situation where students do fail examination wofully and are confronted with other several academic challenges said, as a practicing teacher, it is academically impossible for students to wrtie exam and fail, with no assessment at the end if the semester.

“Such cases are very common in the university with GSTs, where somebody will be having the same problem from 100 level to 400 level.

“In as musch as mistakes is inevitable with students assessments or as result of technical challenges, but that should not be a problem that will hinder the student graduating.

He charged faculties and departmental examination officers to take their seriously and be meticulous in computing student results.

“Where ever you made a mistake, you should be responsible for that, not the student”.

“We are not saying anything lecturer should be penalized, No! We realise mistakes can come, but when an exam officer will send the student to the ICT, even to the course lecturer in some cases, and they will still send the student back to the examination officer is our concern.

“And at the end of the day the student will be so confused, stranded and not knowing what to do, which course to register for, whither it is a carryover or missing script.

“These are areas we hope to address and we will ensure that if there are such problems, it shouldn’t exceed two to three weeks before a student should know his/her faith”.

Tsaku said that, top most among issues in the list of priorities of his leadership would include, students welfare, unity of students, campaign against cultism, drugs abuse and others social vices and will organize programs that will promote and enhance academic performance of students of the university.

“My priority is to introduce a system that would promote cultural and religion harmony among the students of the university.

“I will ensure that I organize programs, will bring a platform or a system and policy in which, there will be a cultural harmony, religion tolerance and unity.

“The need for somebody to go and vote without considering the religion or tribe of the person they are voting for, but should rather focus on the credibility and competency of the candidate”.

On the academic performance of the student, the SUG President said, “we are in talking terms with some scholars who will help elevate the writing skills and inculcate reading culture on the students beyond the present practice.

“We will organise seminars, symposium, debates and quiz competition to that effect and winners of such competition will be recognized and go home with reasonable prices that will encourage others.”

He emphasized that areas at which students are lacking academically will be tackled through constant tutorial, conseling and guardians.

He however described his emergence as the art of God, saying that the election was one of the most peaceful, free and fair election, even as he recommended that, the members of the electoral committee led by Ibrahim Baba Iddi be awarded for ensuring a rancour free election.

For those who know student unionism and the controversies that always characterised with it, especially in an election, we are surprised of what happened, he said.