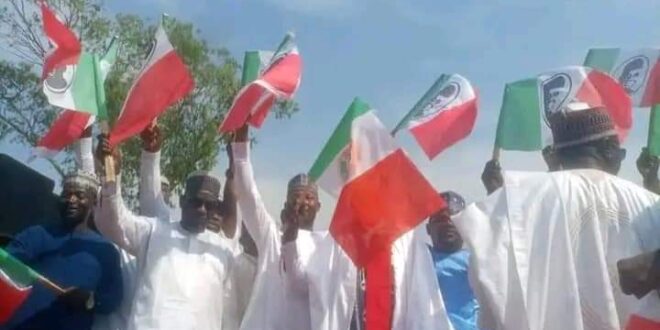 Ahead of the 2023 general elections, Nasarawa State Chapter of Peoples Democratic Party (PDP) is confidence of delivering the state to Atiku Abubakar, Presidential candidate of the party.

The PDP leaders also said David Umbugadu, Gubernatorial candidate of the party would win election in the state landslide.

Mr Labaran Maku, Director General (DG) of the campaign in the state said the people prefer PDP to APC because of the hardship and insecurity they have suffered under the present government of APC.

Maku who is a former Minister of Information, urged the people to vote for all flag bearers of the party from presidential candidate to House of Assembly.

He said voting PDP candidates from the state would ensure restoration of peace, employment for youths, security, massive construction of rural and urban roads among others.

“We cannot just vote for our Governorship candidate without voting for House of Assembly candidates because it will not be easy for the governor to implement his policies.

Maku added that the people knew the price of bag of rice, cement, bread, fuel and other items during PDP and now the post PDP era.

Also, Sen. Suleiman Adokwe, former Senator said PDP contracted Lafia/Awe road with the intention to extend it to Tunga community and link it up with Benue State, but the road could not continue since PDP left government.

Adokwe assured the people of Awe LGA that PDP would continue to project to Tunga and connect it to Benue State if it return to power in 2023.

He said that APC was insensitive to the religion diversity in the country and if allowed to succeed would further divide the country.

In his remarks, Mr Francis Orogu, Chairman of PDP in the state, assured that if elected to power, the PDP administration within two years, would construct the Awe road to Tunga. 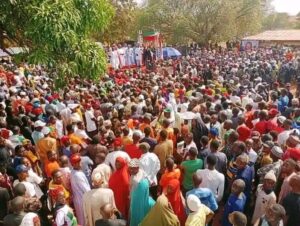 The PDP Chairman said Atiku has never lost election in Nasarawa State and would still win the 2023 election.

He therefore appealed to the people to massively vote for PDP candidates at the 2023 general elections to enable them restore the lost glory of the country’s economy.

Also speaking, Umbugadu, gubernatorial candidate assured that if elected, he would work hard to open and connect the area to other part of the state.

Ombugadu promised to give priority to security, employment generation, and massive infrastructural development to put the state at per with other states.

Orogu supported by Maku and other party stalwarts presented the governorship and other candidates vying for various elective positions in the area to the people.