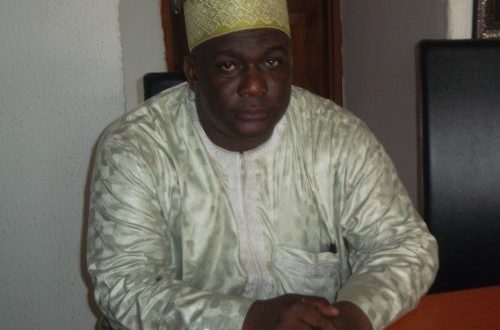 The National President of Judiciary Staff Union of Nigeria (JUSUN) Comrade Marwan Mustapha Adamu has said that adequate collaborative efforts by all stakeholders is needed to ensure that the move to decongest the nation’s prisons see the light of the day.

Comrade Adamu who speaks with PeopleReporters said every stakeholders must be carry along in a quest for justice reform.

He said successive governments have been making efforts to decongest the prisons, which stakeholders agreed are overstretched.

The labour leader while re-emphasising the collaborating roles of everyone, said “the issue of prison decongestion has been on for so long, but there is not much impact”Marwan has said.

“For me, government must ensure the rule of law is adhered to. Because the issue of prison decongestion has been on for so long, but there is not much impact and this is because all the critical stake holders are not being carried along in that regard.

“When you talk about prison decongestion, it is not only the police that should be carried along. For instance, Both Magistrate and Sharia court Judges should be part of the reform.

“it is the Lower courts that you get up to 100 cases, that is where the bulk of the awaiting trial are. secondly, our members should also be part of it because they are also contributing. critical stakeholders must be carried along in mapping out the strategies that will ensure prison decongestion”.

On the reform in the country Judiciary, Comrade Marwan blamed the state governors for ganging against provisions of the Constitution, despite a Court ruling on the matter.

“today, in Nigeria no single governor is complying with the provision of sections 121.3, 81.3, 81.9, and 162.9. All these sections dealt with the issue of financial autonomy for Judiciary.

“The former Chief Justice of Nigeria, Walter Onnoghene put in place a committee on reform, and they met, discussed and made a comprehensive report and said there is need to harmonise the previous reports on the issue of justice sector of the Judiciary.But let me say clearly, it didn’t work.