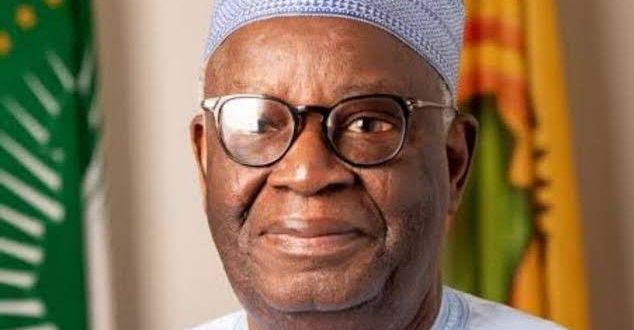 Prof Ibrahim Gambari’s Appointment: Your Stand, My Stand, Our Stand.

Andrew A.A 3 weeks ago News Comments Off on Prof Ibrahim Gambari’s Appointment: Your Stand, My Stand, Our Stand. 117 Views

When news broke of Abba Kyari’s demise, former Chief of Staff to President Muhammadu Buhari, the flag flew at half-mast as the most powerful game changer in the president’s cabal bowed to the rusty hands of death. This vaccum that was created left many political pundits pondering on who will pilot the ship after his tragic exit.

Amidst these permutations, fate smiled at whom it pleases as the dice fell on Prof Ibrahim Gambari.

He has held numerous leadership positions and garnered experiences that validate his competencies. He was appointed Chairman of the United Nations Special Committee Against Apartheid in 1990, a position he held till 1994. He became Ambassador and Permanent Representative of Nigeria to the United Nations in 1990 and served there for 9 years.

Between 1999 and 2005, he served with the United Nations as the first Under-Secretary-General and Special Adviser to the Secretary-General in Africa. At about the same time, he was the Resident Special Representative of the Secretary-General and Head of the United Nations Mission to Angola. He was also the head of the UN Department of Political Affairs between 2005 and 2007. The famous professor is also a one-time Minister for External Affairs (1984-1985), joining the African Union at the time as a national delegate.

He once served as the Joint African Union-United Nations Special Representative for Darfur. He also served as the Special Adviser on the International Compact with Iraq and Other Issues for the Secretary-General of the United Nations.

Ambassador Gambari was also a Research Fellow at the Brookings Institution, Washington, D.C, as well as a Resident Scholar with the Rockefeller Foundation Centre in Bellagio, Italy. He was also a visiting Professor at the School of Advanced International Studies (SAIS) of the Johns Hopkins University, Georgetown University, and Howard University in Washington, D.C. for three years, starting from 1986.

A man of the letters, Gambari has been decorated with several honours and awards, including the third-highest honour in Nigeria, the Commander of the Federal Republic (CFR). He has also received South Africa’s highest national honour, the Order of the Companions of O. R. Tambo, which was conferred on him by former South Africa President, Jacob Zuma in October 2012.

He was awarded a Doctor of Humane Letters from The University of Bridgeport, Connecticut (2002) and Farleigh Dickinson University, New Jersey (2006).

Also in 2002, Professor Gambari was elected to the Johns Hopkins University Society of Scholars. In 2005, he was appointed to serve as a member of the International Advisory Board of the Institute of Peace, Leadership, and Governance at Africa University, Zimbabwe. In 2013, he was appointed pioneer Chancellor of the Kwara State University.

A man of such pedigree is urgently needed to navigate Nigeria out of recession occasioned by the dreaded global pandemic. A man of his calibre will change Nigeria’s almost battered reputation in the international community.

This is your stand, my stand, our stand.