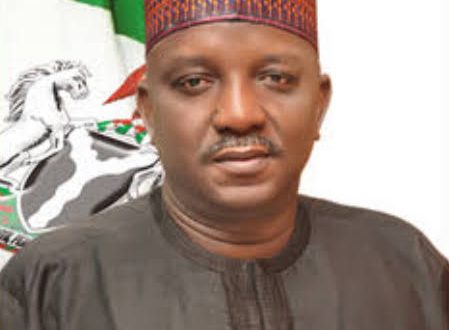 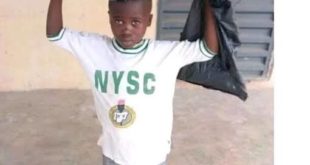 The Responsibility Of Marriage 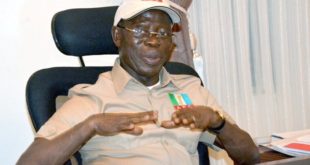 Edo 2020: Igbadumhe Accuses Oshiomhole, Obaseke For Crisis In The State

Politicians are to play politics. No one can blame them for it as the game is just the game. To them, nothing or no issue of state can possibly be without an iota of politics. For the discerning, you can feel it everywhere; from their utterances, actions or inactions – nothing is devoid of politics. It is their stock in trade which is even well placed above governance for them.

Judging from recent happenings, am compelled to agree that the Minister of Power, Engr. Saleh Mamman, underrated the power of politics and the extent of which politicians can wield it. The Minister’s recent efforts to remodel the ministry and its agencies were welcomed with stiff opposition by those saddled with the responsibility of ensuring Nigerians don’t sleep in darkness. His action was misconstrued and subsequent commentaries painted the Minister as a ‘misfit’ who does not fit to be entrusted with the administration of the important sector.

But Mamman’s antecedent says otherwise. An electrical/electronics engineer with Masters in Business Administration, his appointment by President Muhammadu Buhari can be said to be one of the most significant appointees in the cabinet. With his appointment, Mamman already knew the onerous task that lies ahead and shortly after assuming office, one of his first official assignment was to meet relevant stakeholders in the power sector; harmonize the relevant institutional frameworks which will in turn streamline and build on the recorded progress in the power sector.

Some of the notable developments in the sector since Mamman’s took over the mantle of leadership of the Ministry are: the completion of the Dadinkowa hydro power station which has been stalled for over 40 years and the conclusion of work on the Kashimbilla hydro power project which are all awaiting commissioning by the president.

Meanwhile, the Mambilla hydro power project as explained by the minister in a recent interview has begun. In collaboration with the government of Taraba state, the site for the commencement of the project has been allocated by the government, while survey work on site is in progress.

Apart from Mambilla, another presidential priority which the Minister focused on implementing is the deal which the federal government signed with the Germany based global engineering giant, Siemens, with the mandate of modernizing the electricity grid.

Also, the Prof. Abubakar Sani Sambo-led ministerial taskforce on power constituted by the minister with a mandate to improve the power output in the short and long term has begun work.

The Taskforce an initiative of the Minister will accelerate the pace of reforms in the sector and increase power output and availability in the short and long term.

Although Nigeria has the potential to generate 12,522 megawatts (MW) of electric power from existing plants, as of now, we only generate over 4,000 MW; and the Minister is not resting on his oars.

The total quantum of electricity generated on the national grid since the beginning of 2020 reached a peak of 4,898.2 megawatts on Wednesday, according to a news report by the Punch Newspaper.

“Findings from the Federal Ministry of Power showed that the grid had opened the year 2020 with a peak power generation of 4,678.8MW, while the lowest quantum of energy generated on the same day was put at 3,399.3MW.
This is a great improvement to what was generated same time last year. In January last year the highest quantum was 4,165.5mw.

Further analysis of the eight-day power generation report since 2020 began showed that the lowest quantum of electricity generated during the period was 2,461.1MW.

This figure was recorded on January 3 2020, while the peak power generation on the same day was 4,406.8MW.” the news report said.

With the above stated modest achievements of Mamman barely six months in office, one can then question the sustained sponsored media attacks against the person of the Minister and conclude that some forces who feed fat in the dysfunction state of the country are all out in doing what they know how to do best by playing politics to impede the progress of the power sector.

RE: Abubakar Musa, ASD And Sanctity Of The Courts.

By Midat Joseph I read with interest the article titled ‘Abubakar Musa, ASD and sanctity …

Re-echoing The Plights Of Beebo-Bumaji Indigenes

“I warmly welcome you on board the ship, I am captain Abaju. I boarded an …