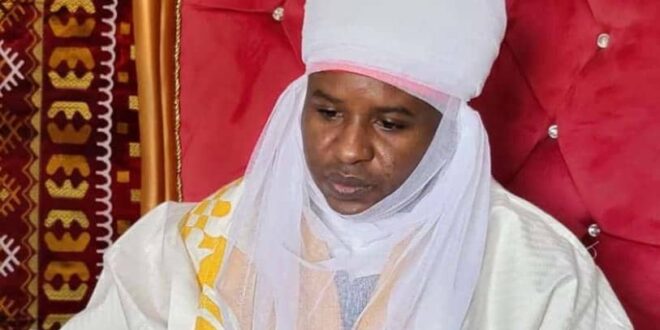 The newly appointed Sintali of Muri in Jalingo, Taraba state, Hon. Alh. Sa’adu Usman Sinteli on Sunday lauded the Emir of Muri emirate, Alh. Abba Njidda Tarfida over his appointment as the new Sinteli of Muri and Village Head of Sintali Ward jalingo.

Sintali, while speaking in Jalingo during the presentation of traditional appointment letters to some notable sons and daughters of Muri said His Royal Highness, Alh. Abbas Njidda Tarfida has been a father that has never supported evil in the land.

He noted that the humble and humane nature of Njidda has positioned Muri emirate strategically among other cultures.

He stressed that in his bid to ensure that the rich culture of the people is mentained, he took over from his late father who until his death was the Sinteli of Muri respectivel.

He noted that he would work with the muri emirate traditional council to provide leadership with the fear of God Almighty.

“As a Sintali of Muri, I will continue to add value to our rich and vibrant culture which distinct us from other cultures” he added.