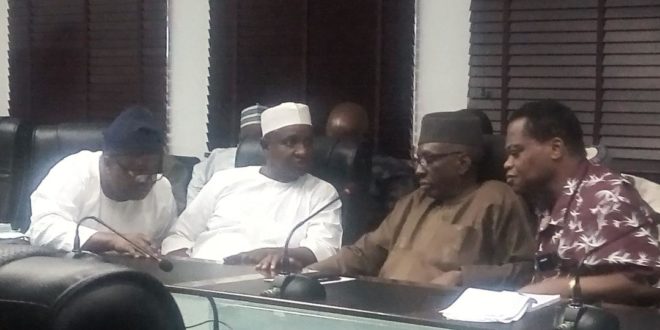 The Federal Government on Thursday agreed to release the sum of N30 billion earned academic allowance to the university lecturers.

It was gathered that the money will be paid in tranches between May 2021 and January 2022.

The government in a resume dialogue with the ASUU also pledged to spend N20billion on the revitalisation of the education sector.

However there was an argument on the issue of IPPIS which the striking lecturers directed their members not to enroll on.

The arguments started when a top member of ASUU delegation accused the minister of Labour and Employment, Chris Ngige, of conspiring with other government officials instead of playing his role as chief reconciliator he claimed.

“You scheduled a meeting for 2pm, you came 2 hours after, you wasted our time, and you’re still here telling us to take offer we had rejected. What kind of mess is that?

“See, you are talking to intellectuals, we will respect the constituted authorities as possible as we can because that is what we teach also in our various institutions but you must stop taking us for granted and stop treating us like kids,” the source quoted the ASUU official to have said.

It was gathered that the Accountant General of the Federation, Ahmed Idris, had appealed to ASUU to receive their salaries through IPPIS platform pending when UTAS will be ready after integrity but members of the union rejected the plea.

They argued that IPPIS was not demonstrated to them before government started using it for workers, wondering why demonstration of UTAS should be a requisite for stoppage their salaries.

The academics, however, insisted that payment of their outstanding salaries could be made through GIFMIS before full implementation of UTAS but FG maintained that it must be on IPPIS.

Speaking earlier, Minister of Labour and Employment, Dr Chris Ngige said the prolong industrial action by the Academic Staff Union of Universities (ASUU) has encourage the ongoing #endSARS protest and other civil unrest in the country.

The minister further said government is working tirelessly to ensure the matter is resolve for students to return to school.

According to the minister, government has done the first text out of the three to be done on the University Transparency and Accountability System(UTAS) platform presented by the union against the Integrated Personal and Payroll System(IPPIS) which has being the caused of the industrial action.

Ngige said, “For the past one week, we have all been on our toes, we have been meeting and we pray that this meeting will yield some good fruits. We don’t take very great pleasure, to the fact that the children who are supposed to be in school are being recruited into the #EndSARS, #EndStrike, #EndSWAT and all the kind of situations.

“As much as possible, we will try to see how we can meet ourselves halfway, so that we can resolve this crisis to the benefits of all and the country at large.”

He disclosed that government has commenced the process of testing UTAS which ASUU members claimed it accommodates the peculiarities of university systems, adding that all the three stages of test will be concluded within the time frame the union gave government.

According to him, “We have had the preliminary report and textrun on the UTAS, which is the University Transparency Accountability Solution. We believe that with that, we will be able to get it right.