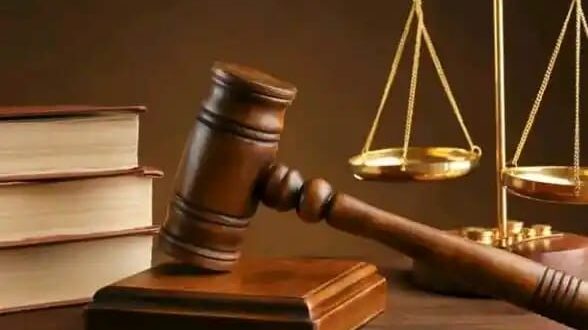 Federal High Court setting in Lafia, Nasarawa State has threatened to revoke the bail of defendants facing trail for alleged vandalism of rail slippers if any of them fail to be present in court in the next adjourned date.

Justice Afolabi Nehizena the trail judge said this on Wednesday in Lafia when one of the defendant was absence in court without any proof to justify his action.

It could be recalled that Mr Yusuf Madam, All Progressives Congress (APC) Assembly candidate for Eggon West in 2023 election was arraigned alongside 29 others in June 2021 for alleged vandalism of rail slippers.

The judge was reacting when one of the defendant was said not be in court because he was involved in an accident.

However, the surety who was in court however told the judge that the defendant had an accident and was on admission in the hospital.

Justice Nehizena directed the surety to provide medical report or pictorial evidence to show that the defendant was admitted in the hospital and cannot be in court.

She explained that the matter was long and she want to start the hearing unfailingly in the next adjourned date.

She said any defendant who fail to be in the court in the next adjourned date would have his bail revoke and would spend Christmas at the Correctional Centre.

Justice Nehizena therefore adjourned the case to 16 and 17 of Dec. for definite hearing.

In an interview with newsmen after the adjournment, Obafemi Tijjani, Prosecuting Counsel assured that the police is ready to prosecute the matter to ensure that justice is served.

The Prosecuting Counsel said all their witnesses are available for presentation to prove their case in the next adjourned dates.