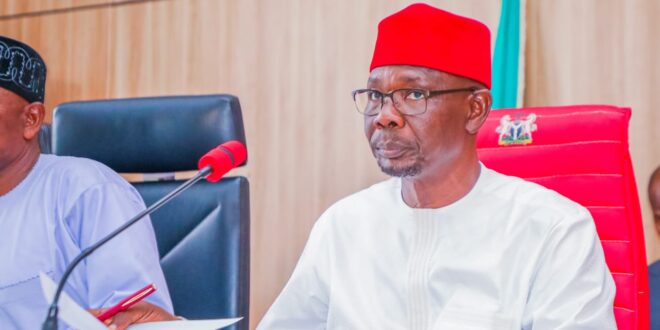 The absence of prosecuting witnesses has stalled the trial of Yusuf Mada, Nassarawa-Eggon West candidate of All Progressives Congress (APC) in the 2023 elections for alleged involvement in the vandalization of rail tracks and slippers.

The APC Assembly candidate was arraigned alongside 29 others at the Federal High Court sitting in Lafia in June 2021 for alleged vandalism of rail slippers.

In her ruling, Justice Afolabi Nehizena the trial judge said that the criminal case involving the 30 accused persons would be struck out if the prosecuting counsel fails to present witnesses on the next adjoined date.

The Judge, therefore, adjoined the case to July 21 for hearing and urged the prosecutor to ensure that their witnesses are present in court.

Earlier, Obafemi Alabi prosecuting counsel representing the Police said the witnesses could not appear in court because they were among the police officers deployed to Ekiti to monitor the governorship election.

Obafemi however assured that the witnesses would be in the court unfailingly on the next adjourned date.

Speaking to journalists, Innocent Lagi, defending counsel regretted that the prosecuting counsel have not been able to produce witnesses after one year since the trial began in June 2021.

Lagi however noted that his clients would be vindicated at the end of the case as they are not guilty of the offence.