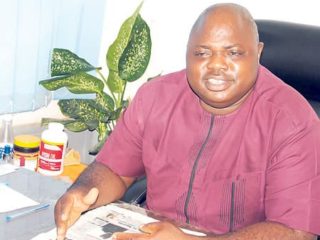 The National Union of Textile Garment and Tailoring Workers of Nigeria (NUTGTWN) on Wednesday accused the officials of the Federal Ministry of Labour and Employment in the states of playing double standard on issues of decent Work.

The National President of the union, Comrade John Adaji who made the accusation in Abuja at the Roundtable as part of event marking World Decent Work Day, said the ministry in states are not cooperating on issues regarding the rights of workers.

He also accused other government officials like the DSS, Police and even local chiefs of conniving with some employers to threatens workers right to unionise.

“There are still some challenges. There are recalcitrant and exploitative employers who are bent on undermining the rights of workers particularly as it affects the right to belong to the union.

“Some of these employers are largely found in Kano. They have no respect for our labour laws and Nigeria’s Constitution. They treat Nigerian workers as slaves. The workers of these factories have always faced intimidation and harassment from their employers with threat of sack if anyone muted the idea of joining union.

“Even more worrisome is the involvement of some state actors such as the Police, DSS and local chiefs to undermine unionization effort. The desired cooperation from the officials of the Federal Ministry of Labour and Employment is also not forthcoming”.

Also speaking at the occasion, Minister of Labour and Employment, Dr. Chris Ngige the government of President Muhammadu Buhari is committed to promoting decent work in Nigeria not withstanding some challenges in the country.

Represented by the permanent Secretary in the Ministry, Dr Yerima Tarfa, Ngige recall that in 2020, the global economy slumped into recession due to COVID-19 pandemic, disruption in trade flow, shut-down in domestic and international flights and restriction in intercity travels.

He said although the Nigerian economy appears to have weathered the economic storm that emanated from twin shocks of COVID-19 and low international oil prices, adding that all critical stakeholders must redouble our collective efforts to ensure continued national economic growth and avoid a reversal into recession.

According to the minister, “rising insecurity and unemployment continue to constitute key risks to the Nigerian economy as the investment climate is pressured and underpinned by heightened insecurity across the country.

“This is not unlinked with the increasing number of unemployed youths seeking means of fulfilling their aspirations in life. Decent Work is needed now more than ever before, to engender a harmonious and productive working environment, wealth generation and strengthen our fragile economic growth”.