Breaking News
Home / Business / We Only Have 2022 To Deliver Our Promises, Sule Tells CEOs Of Boards, Agencies, Others 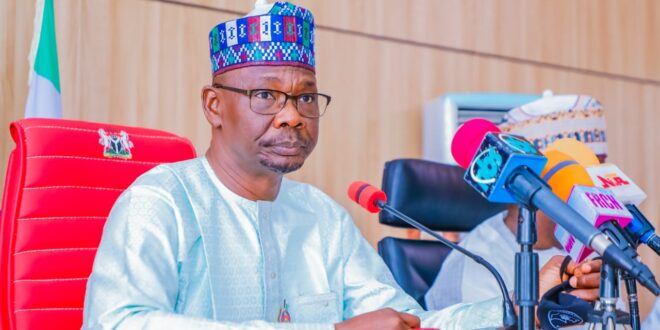 We Only Have 2022 To Deliver Our Promises, Sule Tells CEOs Of Boards, Agencies, Others

We Only Have 2022 To Deliver Our Promises, Sule Tells CEOs Of Boards, Agencies, Others

Nasarawa State governor, Engineer Abdullahi Sule, has reiterated that his administration has only this year within which to deliver the promises it made to the people of the state.

Engineer Sule restated this in a meeting with special advisers, CEOs of boards, agencies and parastatals, at the Government House, on Wednesday.

According to the governor, if there is anything his administration can deliver, then 2022 is the year that the people of Nasarawa State should see the dividends of democracy, not 2023.

To this end, Engineer Sule emphasized on the need for synergy between the special advisers and CEOs of boards, agencies and parastatals, with a view to unfolding the blueprint of the administration.

The governor said the essence of the meeting was for each of the appointees to get to know each other, as well get to discover each’s area of specialties, in order to be able to work together to further the cause of government.

Engineer Sule pointed out that, while selecting those to be appointed special advisers and indeed, other appointees, his administration ensured that such appointees were assigned based on their experience and qualifications, in the believe that they can add value in the various boards, agencies and commissions in the state.

He emphasized on the need for the appointees to get to understand how they can work closely with one another, in order to draw from each other’s experience.

The governor cautioned the appointees against harmful competition with one other, stressing that no appontee will take the responsibility of another person but should see each other as partners.

“Everyone has their own responsibilities well defined, about what and what they need to do. And then we have people who are there to help you,” he said.

He pointed out that, unlike before, when some advisers and other political appointees were appointed purely for politics, who were not assisting directly or any other way, but just draw salary, this time around, the administration has actually appointed people that can add value to what is happening in the state.

The governor explained that, some special advisers’s responsibilities may overlap, stressing the need for synergy between the appointees in order to deliver concrete results.

“We want to make sure that we want to the best we can. This is the only year we have to be able to deliver what we promised to the people,” he stated.

Citing an example, the governor commended the special adviser on mining, for initiating a roadmap for the sector, adding that he should present the blueprint to the Ministry for Environment, for further action.

“The ministry can pick it from there and involve all the various people in order to implement the roadmap. That is the whole essence of this meeting,” he said.

Recall that, in his maiden meeting with commissioners in the state, Engineer Sule, charged them on delivering dividends of democracy to the people this year.