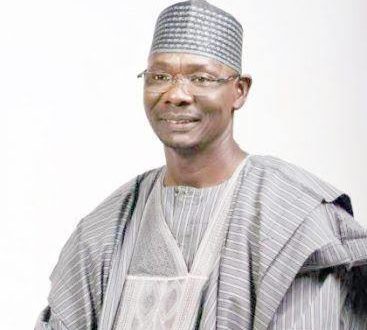 Workers To Get 3 Months Promotion Arrears In Nasarawa’

author September 22, 2019 Labour Comments Off on Workers To Get 3 Months Promotion Arrears In Nasarawa’ 57 Views

The Nigeria Labour Congress (NLC) in Nasarawa State has said that the plights faced by Nasarawa State civil servants in the last 11 years as result of non implementation of promotions would soon be history, as Governor Abdullahi Sule has directed the State Salary Bureau to pay workers three months arrears of their promotions in the state.

The State chairman of the NLC Yusuf Sarki-Iya who revealed this in an interview with newsmen in Lafia, described as unprecedented, the level of labour relations and zeal the Governor is putting to reinvigorate the state civil service.

Sarki-Iya disclosed that the governor had instructed the salary bureau to implement the workers’ promotions, which had been hanging for 11 years and directed that the three months arrears be implemented immediately.

He however thumbs up for governor Sule’s administration for growing the civil service structure and improving workers’ welfare in the state.

The state NLC boss added that civil servants at the local governments who were before now receiving salaries in bits now collected their salaries in full.

“To me, this is a credit, which we did not to see during the previous administrations.

“It was very difficult to see governors but I’m telling you that since he came on board, I have encountered the governor more than five times.

” the union wants the governor to do more for the workers in the state being workers governor”.

Sarki-Iya said workers in Nasarawa State had continued to grow in geometric progression when compared with the previous governments in the state.

“In the area of civil service and labour relations, the labour chairman scored the governor 99.9 per cent, for setting up a committee to review the civil service structure.

He added that Governor Sule had not only restructured the civil service, but re-positioned and given hope to the workers in different ways inspite of the lean resources available to the state.

“Recently, the governor constituted a committee comprising prominent sons and daughters of Nasarawa State, who served and those still serving to look inward and restructure the civil service.

“We passed a vote of confidence in Gov. Abdullahi Sule for his affection for workers within 100 days of his administration in the state,” Sarki-Iya declared.

According to him, apart from agriculture, within his 50 days in office, the governor distributed fertilizer to farmers and made it clear that fertilizer should be sold for N3,500 to farmers in the state.

“He warned against selling fertilizer to those who are not farmers”.

He noted that the governor had entrenched an agriculture programme, where civil servants are now allowed to venture into farming.

On education, he said Sule had also performed creditably well by ensuring that teachers at both state and local government levels were paid their salaries promptly since assumption of office.

“I am an eyewitness and also a beneficiary of glasses that were distributed to over 3,000 citizens of Nasarawa state who were with various degrees of eye problem, and over 10,000 persons were operated under the governor’s outreach programme.

According to the NLC boss, “the guesture has not only removed the health challenge faced by the people, but has added value to the citizens in terms of health provision”.

He said Sule had empowered the youth and women with assorted grinding machines and a host of other tools to improve their living conditions.